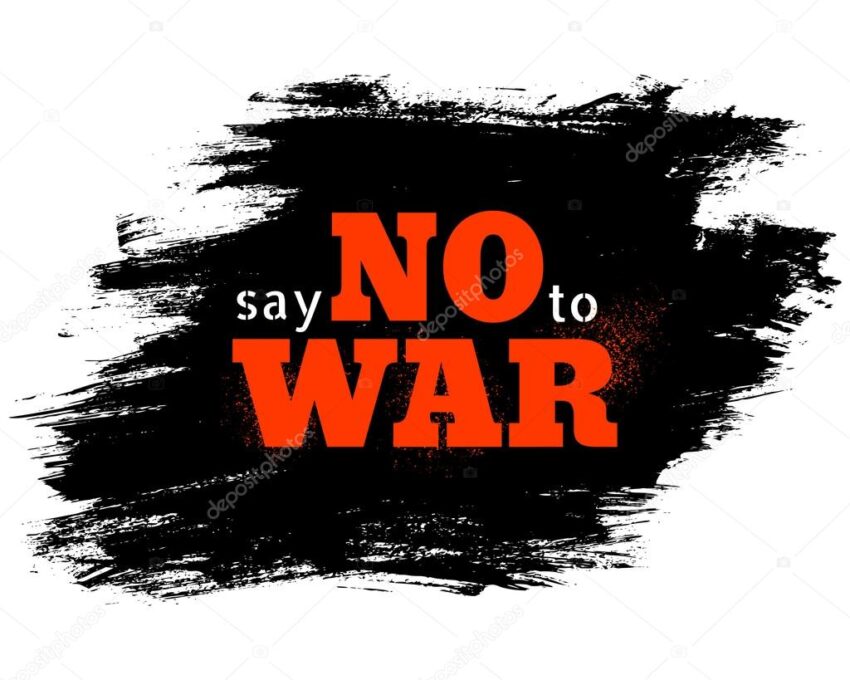 The word Putin was never music to a democratic ear but lately, it has started sounding a lot like the unsettling moniker – Hitler! The world has in many ways abdicated its responsibility, political, economic, and military agreements of the past that gave weaker (non-nuclear) nations hope and the feeling of safety has long been forgotten. Innocent civilians running haplessly to bomb shelters, huddling in basements, and hiding in deserted metro stations – are the defining images of this war. Putin believes that it is justified to invoke upon innocent Ukrainians the inhuman misery. India, the elected autocracy that we have become, despite being led by a 56 inch chested supreme leader, has chosen to abstain from voting on the motion against Russia at the UN, not once, not twice but three times, since the beginning of the crisis. Germany is mum thinking about its energy dependence on Russia. Biden has statements to offer but no real action. UK and EU – are waiting for Christmas and Australia is blissfully separated from the mess by the mighty sea. China, which also harbors similar expansionist ambitions, has shown sympathy to the Russian cause.

Militarily superior Russian forces are being challenged by the grit, determination, and resilience of ordinary citizens who have come forward to fight alongside a trained and professional Ukrainian army to defend their motherland. They have not only stood the test of the brutal and immoral Russian forces but are winning admiration from their fellow humans from across the world.

We have them in our prayers and in our hearts.

I am not an expert on foreign affairs, neither am I a military strategist therefore I can’t say with any certainty what will become of this conflict. Will it spiral out of control and assume a large enough proportion to be called world war 3? Would Putin succeed in crushing the spirits of Ukraine completely? Will the war inflict immeasurable suffering on Ukraine but in the end remain inconclusive? Or would the Russian despot put the nuclear button to devastate not just the present but also the future of the defending nation?

Only time will tell.

We really do not know. I hope and pray that the western world comes to the rescue of Ukraine forcing the Russians to retreat. I truly believe that the attack on Ukraine is an affront to all democracies everywhere else. Sitting in the national capital region of India I may not be defending my ears from the deafening noise of bombs going off but my heart is beating for those who lost their homes, family members, and life in this turmoil. And I feel as if my home has been invaded by an evil power, alas I do not command an army!

There are two other elements of the war that I’d like to bring to your notice before I request each one of you to join me in praying for the safety and wellbeing of Ukraine and then conclude this write-up.

How the crisis is being used to boost the stature of the supreme leader here at home.

A society that becomes numb to the pain of others soon starts inflicting pain on itself. This is why we need to be on the guard against the propaganda machine that paints an exciting picture of wars. Those who pop tanks and guns to poke their audiences into a frenzy, don’t realize that they are altering the tolerances on the violence of the masses. Peace and progress are inextricably linked to one another, a society, like ours, that has a billion problems of its own like gender inequality, communal disharmony, debilitating poverty, and increasing polarization should be advised to not paint the devil on the wall.

War leaves a trail of destruction of human life and property. From the history lesson, we know that the weight of war is carried by generations to come. We must therefore ensure that we do everything within our means to not glorify the idea of war.

Diplomacy over conflict should be our motto.

How a peace-loving nation like India is happily sharing memes that gratify Putin and mock the poor Ukrainians.

Toxic masculinity is the fruit of the patriarchal society that we all live in. Somehow we have forgotten that we earned our self-rule through freedom struggle which was largely nonviolent and relied on peaceful protests, civil disobedience, and dialogue with our oppressor. We are built on the fundamentals of peaceful coexistence and mutual respect.

Our overwhelming dependence (over 2/3rd of our fleet is Putin supplied) on Russia for the supply of artillery, equipment, electronics, vehicles, and aircraft cripples us. It robs us of our free voice. But Indian people are not bound by these diplomatic and defense-related considerations, we have absolutely no reason to sing the song of the propaganda machine which is working overtime to legitimize kinetic action by Russia.

It is our responsibility to remain united in condemning the horrible sin that Putin is committing. In the court of public opinion when a dictator is handed a victory, it does not end well for humanity. The world has not forgotten how Nazis in the 1930 ties became popular what followed from there.

When you give your support to the cause of a dictator, you indirectly support the bigoted view of the world in which one set up people are considered inherently better than others. Even the most seemingly harmless act of forwarding a meme supporting Putin or praising those who support Putin could create a society that practices hate and it will eventually spin on its head into disintegration.

We do not want that. Therefore, in one voice .. we will need to reject the idea of invasion.

Let us not forget that China has been sitting on our land for over a year. Pakistan doesn’t get tired of making its claim over Kashmir. China (more than Pakistan) is guided by the aspiration of controlling the territory that once used to be part of their erstwhile self. We know that Hong Kong, Taiwan, Ladak, and Arunachal Pradesh are areas that China wishes to control.

Imagine, if China were to invade India, taking a lead from Putin’s Ukraine invasion – how ugly will that mess get? And would we be in a position to then celebrate China’s move as some of us are doing with Putin?

The answer will be a no.

Please note that I do not for a minute believe that China could strangulate India nearly as much as Putin has suffocated Ukraine, but yet, we know for a fact that, the conflict will wound us seriously and derail the progress that we are making in the direction of the economy, and societal harmony.

Never do to others what you’d not like done to you!

Hence, my friends, I request you to :

I would like to end this article with a prayer for the Ukrainian people.

May they prevail over Putin.