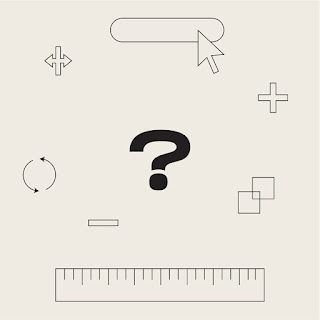 What “I like” and “what I think is good” are expression that seldom hold identical application, more so in our times where our values are pre historic, demands from the family and society are from previous generation ( our parents & elders) and we have needs of this century to meet! The big question which on most of the occasions stand tall in front of us more like a wall is “Is it right what I’m to do” and like a sponge it absorbs all the energy and sometime curiosity too, with which we have travelled so far, “the guy I know” is no exception – he is faced with a lot of it almost every day!

“The guys I know”, like most of us, in his imaginations, longs for the wish of an arithmetic equation which could solve, what is best described by the word “Puzzle”, as luck would have it, there are no rules , no standard operating procedures no standing instructions to follow- how about trying to device one, with all his imperfection “the guy I know” is making an attempt!
There are multiple angles which can be deployed to asses a situation on the binary scale of whether “it  is  good” or “I like it” as we all know heart rules over mind and we tend to see what our heart shows as correct while the mind for all logics it posses, be shouting on top of its voice but it cannot reach the heart, for a simple reason – ears are not placed on heart , it doesn’t hear , it can only feel and feelings have expressions which influence our decisions and therefore “the guy I know” chooses to arrive at decision making from a contrarian view? Is that possible? – I ask almost immediately and he wears a smile on his face and as softly as it was, says “ a book for a book”, “ a match for a match” so a “feeling for a feeling” is justified –  I do not understand what “the guy I know” is up to but what he says is not completely baseless and I don’t mind turning an ear to him till he finishes.
And he proposes – whenever you are heads on with a circumstance which is tough to decide and you get reduced to a pendulum swinging between “it’s good “ or  “I like it”, not to mention that we are certainly faced with situation where “Its good” n “I like it” coincide, as rear as we expect it to be – but on most occasions because we fail to resist the pull from “I like it” post and we forcefully conclude that “its good” too and get on with it – remember these instances are not logically arrived at but are “lost stories”  – heart is the winner here! I listen to him and give him a look strange enough to convey it to him that I’m not wanting someone to ensure heart looses all the time and that’s when “the guy I know” clarifies that the first steps towards striking a balance is to see both “heart – I like it” and “mind – It’s good” as equal bidders for a tender which is to be given out, with price point being the same it’s only the quality that would help us arrive at a party between the two (Heart and Mind)  who would win and therefore “the guy I know” says most simplest way is to ask yourself below prominent question and not give up till such time answers are given!
1)      What will go wrong if I do not do it ?
2)      What are the other things that I can do in its place and yet arrive at same results?
While most of the “wants” will die the death of test number 1, coz all that we do not need and just do because we like doing it, do not destroy or take anything away from us , if not done and a few which still camouflages to pass the first filter will certainly get it’s due by the second test leaving us all with a better choice in life – I tell him this is not full proof ! Reiteration – we do not have an arithmetic equation to arrive at a solution , we can only go as near as possible says , “The guy I know”