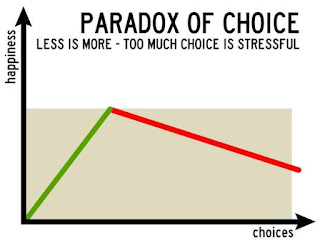 Life can be described as an act of making ‘choices’, at its unitary level. No matter what we do or do not do – we choose, so much so that not making a choice is also making a choice. Agree? Good! Given how crucial ‘decision making’ is to life, good or otherwise. Shouldn’t ‘how to make a sound decision’ be taught in schools? No matter what we study, which school we ‘accept’ to go to; we mostly learn ‘what’ and not ‘how’. When I mention school here, I mindfully limit my comment to graduate school. Masters and above; the education system expands to not only ‘what’ but to also ‘how’ and ‘why’ – education becomes exciting. The unfortunate part is that less than 5% people in our country actually cross the threshold of ‘what’ as a result; despite having a lot of information, not much by the way of knowledge is in practice and therefore decision making is demonstratively suboptimal, more often than not. Knock on effect of which is seen in unfulfilled dreams, unrealised potentials and an endless chase of the unimportant and in some unfortunate cases even that of the irrelevant ones. Psychologists have been researching this phenomenon for a long time (about 200 yrs in a structured manner to give you some perspective), the quest has been to find ‘what is the best way to decide’. Whilst the blueprint is still in the works but a lot of progress has been made in unearthing practices that do not contribute to effective and efficient decision making.

In this write-up, today, we intend to discuss one such principle called “Paradox of choices“; Barry Schwartz, an American psychologist, who is a Professor of Social Theory and Social Action at Swarthmore College, has been among foremost academicians who have not only taken upon themselves to understand the relation between ‘choices’, ‘happiness’ and ‘success’ but have also been writing extensively on the principles of selection associated clinical disorders and its sociological impacts. It is warranted, that I share with you that I landed upon his works when I was conducting my deep research on minimalism. I got intrigued by the concept when one of the professors mentioned the term ‘essentialism’ in an online class that I was taking a few years ago, under a Yale University program. He mentioned ‘essentialism’ and I was quick to mention how ‘austerity’ is a virtue as old as the Indian culture, itself, in the land that I come from. We got into an exploratory one o one chat, after the class, which lasted for about 1.5 hours that night (for me and it was midday for the professor), in which we tried to outline the difference between owning nothing or less with sacrifice in mind and being mindful and therefore only possessing what is absolutely needed. It was an enriching exchange, I must add. Professor Bloom is a practising minimalist and also a leading ‘intentionality’ consultant for the rich and the famous of not just the corporate America but also the DC sharks. He handed me a folder (OneDrive sharing ) which had all kinds of material, from PDFs to videos to interview links etc and he asked me to come to the book; “Paradox of choices” at the end of it. I dutifully obeyed him.

When my exploration of the study material ended, I requested for an audience with him in which I yielded my learnings and expressed how grateful I was to him for the wealth of knowledge that he selflessly shared with me. The conversation ended in me taking a pledge to give essentialism, a try with an open mind. I have made satisfactory progress since but still not quite there. My sense is that I will take another couple of years or so to get into the folds completely. COVID19 induced lockdowns have delayed my progression or should I say has stunted my growth process, as an additional level of simplicity has been forced upon us from the lifestyle changes so I can’t include these 7 months in all fairness, to claims of my furtherance in the journey of minimalism. I have recorded my learnings in two articles that I wrote this year, will embed both towards the end of this one so that you could give them a go too (If you fancy those kinds of things)

Before I get into the core principles, the finding, and the ways in which I think we can work around the perils of decision making, I am going to share with you two experiments that were done in the Yale University and at MIT.

These experiments were carried out across the world in various settings with all kinds of people, but the results almost always matched with the first one. So for lack of conflicting evidence, these conclusions were accepted as principles.

I do not wish to align the tone and the tenor of this write up with the academic paper, from which I borrow, therefore, whilst I present the findings to you, I will take the liberty of simplifying a few things to make them readable.

Broadly, there are two kinds of people when it comes to decision making.

Before we move forward, I think there is a need for me to add my voice to what professor Barry calls denouncement of ‘official dogma’ illusion of freedom is presented to people in the variety of choice. The general view and popular belief are that more options mean more freedom, it, however, is a fallacy. Having the necessary ‘freedom’ is superior to having many versions of the same thing. Because enormous choices bring three problems with them, which cause poor decision making.

Paralysis of decision (Getting lost in choices)

Opportunity cost (As economists put it)

Steps to overcome the “Paradox of choices”

Remember the quality of life does not improve when you have a lot to choose from, the quality of life improves when you use what you have ‘better’, when you are mindful and intentional about what you do. The world is not a stage and you are not a showman, if anything you are a mere letter in a small plot, one which is smaller than a grain of sand, in this vast universe, ends of which are still unknown to humankind.

So make do with what you have, do not let “illusion of freedom disguised in options” mess with the quality of decisions that you make.

Till we meet again.

Here are the other two articles that I spoke about.